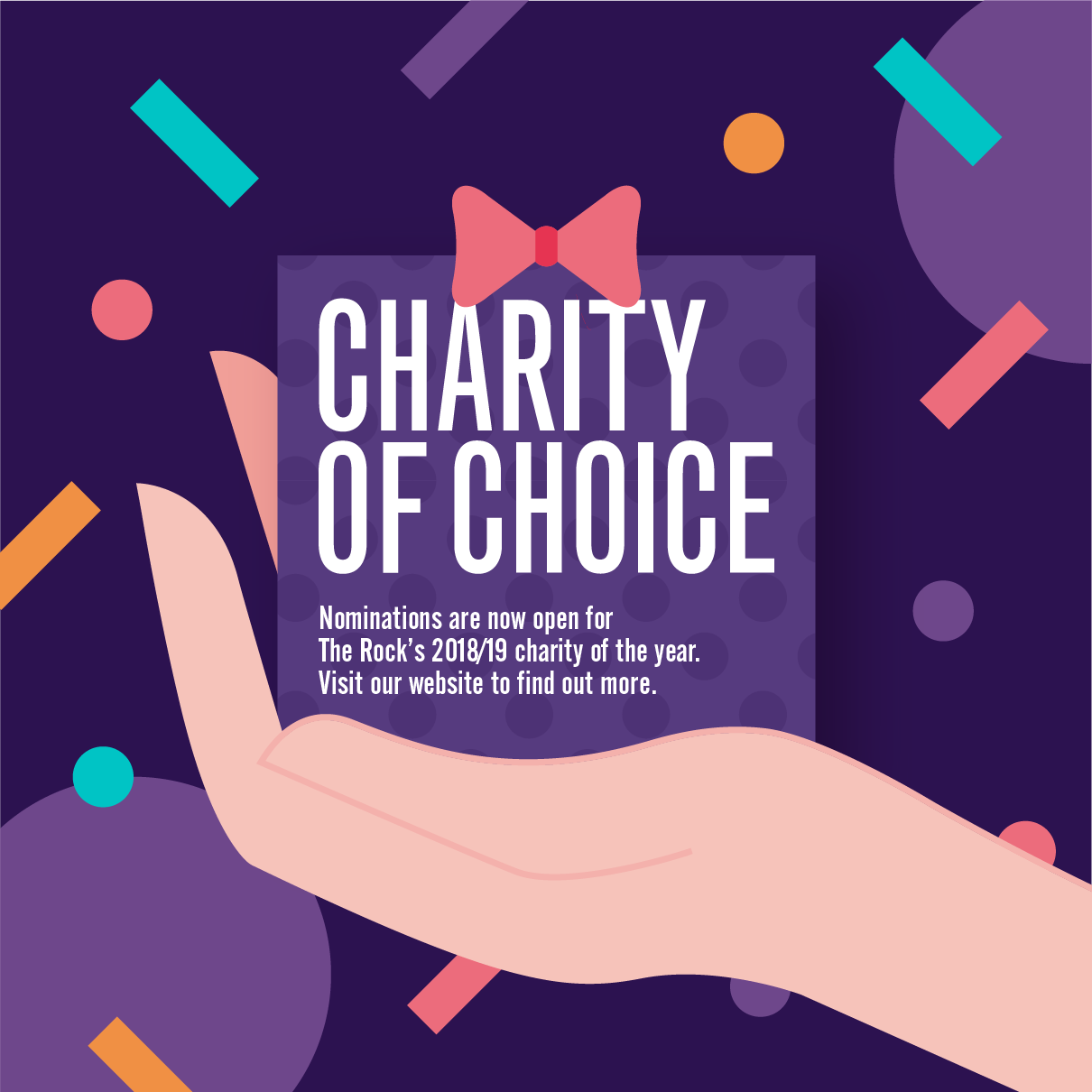 Could your cause be The Rock’s charity of choice?

The Rock, is on the hunt for a new partner charity.

The centre is looking for a local charity to partner with and support with fundraising events over the next 12 months – and submissions open on May 1st.

The nominations will run until May 18th and to nominate a charity to be considered the nominator must work for or be heavily involved in the charity and have its permission to enter.

Since 2015 The Rock has worked with The Joshua Wilson Brain Tumour Charity and has raised £15,000 to date through various fundraising events.

Arnold Wilcox-Wood, Centre Director at The Rock, said: “We’ve enjoyed a very successful partnership with SuperJosh but the time has come to renew out charity partner. There’s so many good causes out there we know it’s going to be a hugely difficult choice to pick who that partner will be and that’s why, once we have a shortlist of three charities, we will be opening it up to a public vote through our website to give the public the final say on who our charity of choice for 2018/19 will be.”

Once the nominations are received a shortlist of three charities will be made by The Rock and an online vote will run for two weeks in June – the charity with the highest number of votes will become The Rock’s new partner charity.

The new charity will be announced on 15th June and become The Rock’s charity of choice from July 2018 to June 2019.

Visit www.therockbury.com/charity-of-the-year/ from May 1st to submit an application for consideration to be The Rock’s new partner charity.