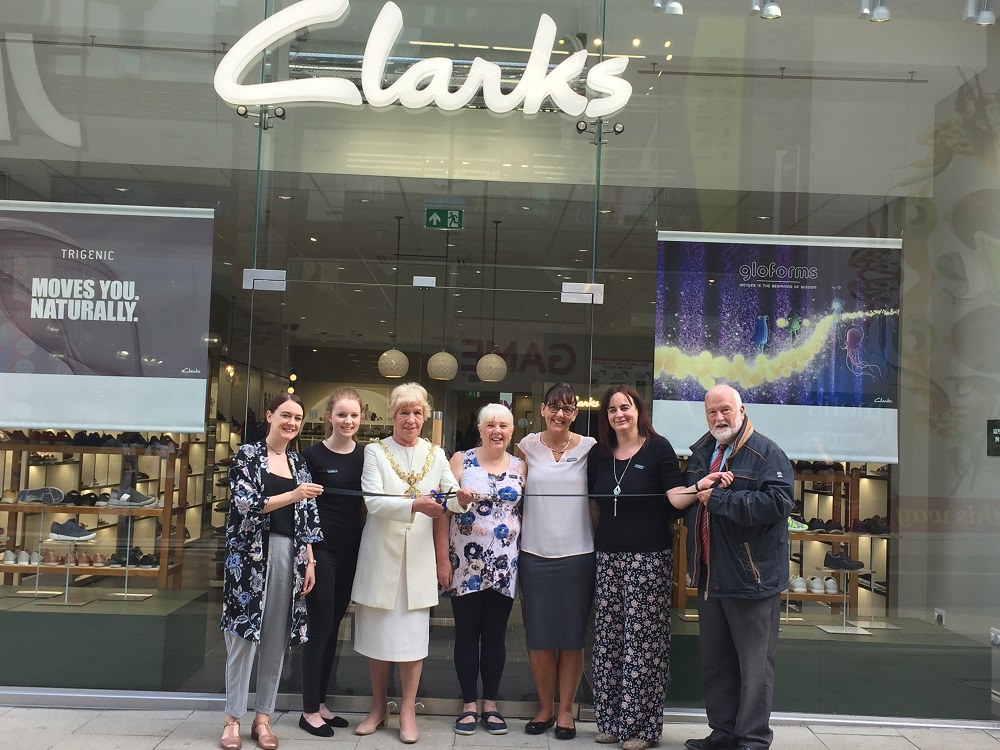 Clarks opens at The Rock

Clarks, the leading global casual footwear brand, which has been based in Bury for the past 20 years has relocated to The Rock.

The new store, which has relocated from the Millgate, was officially opened by the Mayor of Bury, Councillor Dorothy Gunther.

Situated on Central Street at The Rock, Clarks is the latest addition to the centre and will be based in a 3,500 sq ft unit which has undergone a complete refit.

Clarks has relocated the existing Bury team to the new store and plans to create additional permanent and temporary positions.

A spokesman for Clarks said: “We’re thrilled to have re-located to The Rock and to be able to offer our customers a more modern and vibrant shopping experience.”

The Rock’s centre director, Arnold Wilcox-Wood, said: “Clarks is a hugely popular brand and we’re delighted to welcome the store and the team to the The Rock. They’re a great addition to our tenant line-up.”