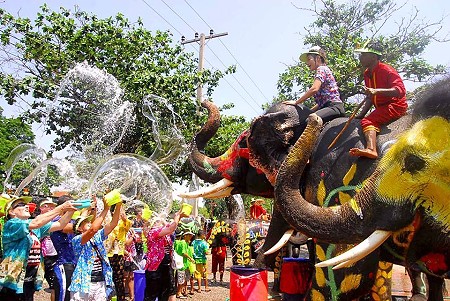 There are many different ways we celebrate New Year all over the world, from western countries letting off fireworks to the Chinese having their lion dance and lanterns. However, Thailand has one of the most unusual ways of celebrating New Year, and this is known as Songkran Festival.

Never heard of it before? Here’s some facts so you can find out more, who knows it might prompt you to visit Thailand, or failing that you can always head to Pum Thai for an authentic flavour of Thailand without the 14 hour plane journey.

Why not celebrate Thai New Year with Pum Thai? They will be offering buy one get one free on Singha, so you can toast the Thai New Year with Thailand’s number one selling beer, and there will be 25% off the a’la carte menu from 13th – 15th April (food only).