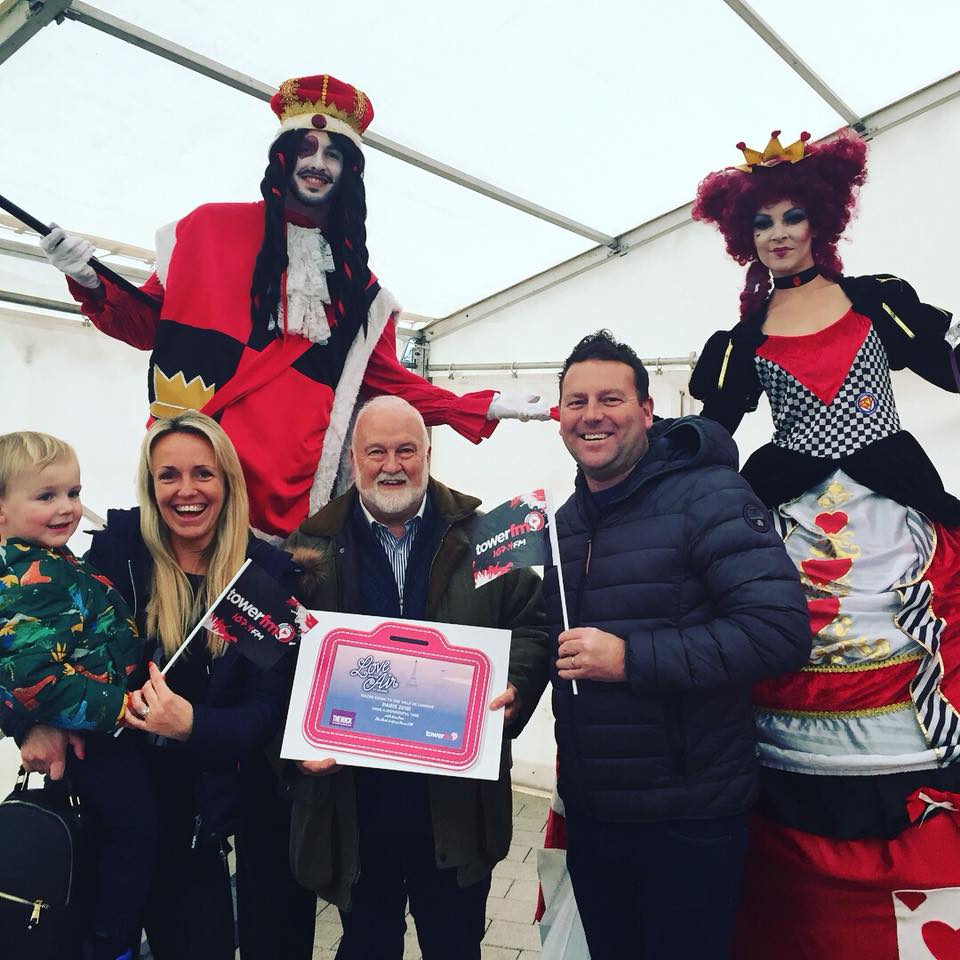 A lucky couple got more than they bargained for when they went shopping at The Rock  – by walking away with a trip to Paris.

Peter and Jenny Seal, from Edenfield, bagged the romantic trip to the city of love after taking part in the shopping and leisure destination’s ‘Love is in the Air’ competition.

Throughout the day on Saturday (10th February), shoppers were invited to the ‘Love Booth’ in pairs, where one person answered a series of questions and how many they answered correctly determined how long the second person spent in the booth where the aim was to grab the golden ticket. Anyone who grabbed a golden ticket was entered into the draw and invited back to the draw being made at the end of the event.

The couple, who have two children, were chosen at random and were met by applause by the other finalists when the draw was made.  Peter said: “I’m delighted!” And Jenny added: “I’ve never been to Paris, I’ve always wanted to go. I can’t believe we won.”

A host of other prizes were given away throughout the day and shoppers were also treated to bags of chocolate hearts handed out by The Rock’s stilt walking King and Queen of Hearts. Arnold Wilcox-Wood, Centre Director at The Rock, said: “Love was certainly in the air at The Rock this weekend – it was wonderful to see so many visitors having fun in the competition and enjoying the treats being handed out by our stilt walkers. There’s still a couple of days to go until Valentine’s Day so if you’re after last minute gifts, outfits or the perfect place for a date, we’ve got you covered.”