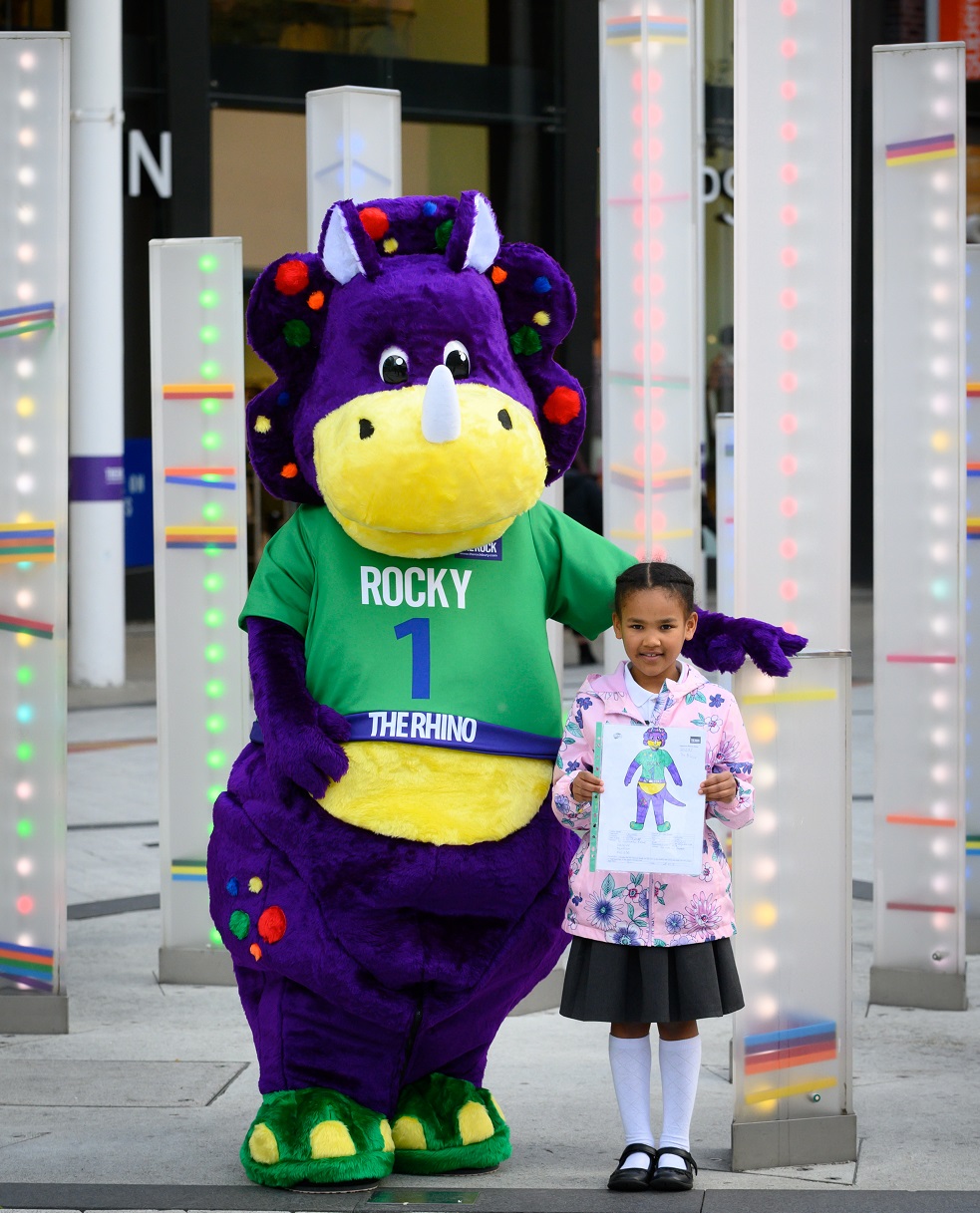 A creative schoolgirl has seen a mascot she designed brought to life after winning a competition hosted by The Rock.

Earlier this year we launched a competition to design its first ever mascot. The competition was open to local school children who had the chance to submit a mascot design.

The winning design ‘Rocky the Rhino’ was submitted by seven-year-old Chantelle Simbo from Whitefield, Bury and was chosen by the competition judges from more than 60 entries.

Now, after two months production, the mascot has finally be unveiled, and Chantelle, a pupil at Ribble Drive Community Primary School, was the first customer to see it.

Chantelle, who also won a £200 spending spree at The Rock, said she couldn’t sleep the night before the unveiling because she was so excited. When she saw Rocky she said: “I’m so excited. He looks exactly like my drawing.”

It was down to some good luck and a kind postal worker that Chantelle’s entry made it to The Rock after it was accidentally posted without a stamp.

Mum, Natalia, added: “I’m so proud of Chantelle. She’s very creative and she was so happy when I told her she’d won the competition. School have made a really big fuss of her and she’ll be sharing the prize with her sister, Jasmine.”

Arnold Wilcox-Wood, Centre Director at The Rock, added: “We were blown away by the entries to the competition but Rocky the Rhino was the favourite of all our team. We could see so much effort had gone into Chantelle’s design and we hope she is just as pleased as we are with the final product – it’s so very similar to her entry and we are thrilled with the finish result. Rocky the Rhino will be making appearances at The Rock on several occasions and we hope he brings a smile to our visitors’ faces.”